Colette Sheridan’s review of Riptide in The Irish Examiner.

Revolution, a chapbook of haiku, was published by wildflower poetry press on 21 March 2022 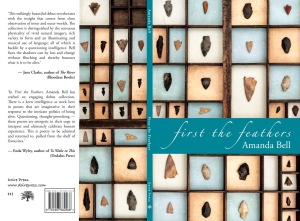 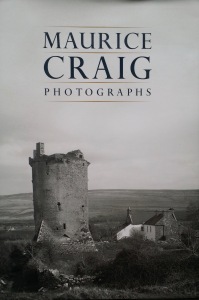 The Loneliness of the Sasquatch, a transcreation from the Irish of Gabriel Rosenstock

“Bell is one of our most interesting younger exponents of the short poem in English.” – Billy Mills, Elliptical Movements

“An unusual project has resulted in a very accomplished book.”–Paddy Bushe

‘Poetry across the linguistic divide’, by Clíona Ní Ríordáin – review article in The Irish Times

‘This strikingly beautiful début reverberates with the insight that comes from close observation of inner and outer worlds. The collection is distinguished by the sensuous physicality of vivid natural imagery, rich variety in form and an illuminating and musical use of language; all of which is backlit by a questioning intelligence. Bell faces the shadows cast by loss and change without flinching and thereby honours what it is to be alive.’ –Jane Clarke

‘In First the Feathers, Amanda Bell has crafted an engaging debut collection. There is a keen intelligence at work here in poems that are imaginative in their response to the intricate politics of being alive. Questioning, thought-provoking – these poems are energetic in their urge to interpret and ultimately celebrate human experience. This is poetry to be admired and returned to, pulled from the shelf of favourites.’ – Enda Wyley

“Amanda Bell has published widely, distinguishing herself in the composition of haiku, as well as other forms.” – Fred Johnston, Books Ireland, March-April 2018

My children’s book, illustrated by Alice Durand-Wietzel and published by The Onslaught Press, was launched in Marsh’s Library on 20 May 2017. It is available from the publisher, in The Chester Beatty Library Bookshop, Books@One in Louisburgh, and in Marsh’s Library itself. It is distributed by Gardners and Bertrams, so can be ordered through any bookseller.

Read about it in ‘The mystery of the library book that went missing for a century’, by Sara Keating in The Irish Times.

‘A must for any reader who appreciates the magic that can only be found in libraries and between the pages of old books.’ Becky Long, Inis Magazine, July 2017

‘It is a great story that children, and their parents, will delight in reading, and its happy ending is, indeed, the stuff of fairytales.’ Sara Keating, The Irish Times, 15 April 2017

‘The remarkable true story of a forgotten library book that was returned to Marsh’s Library after 100 years. Written with elegance and grace, it’s a fascinating tale for book lovers young and old.’ – Sarah Webb, Award-winning writer, and Children’s Curator of the Mountains to the Sea Book Festival

‘Undercurrents is a book of wonder and intrigue, both in its capturing of these watery landscapes, its respect for the intertwined ecosystem and its delivery of the interrelated human story.’ E.A. Gleeson, Plumwood Mountain: An Australian Journal of Ecopoetry and Ecopoetics.

‘I can offer no higher praise of Bell’s prose than that at its best it looks and sounds positively Sebaldian, in its slightly melancholic tone and style and in its conflation of the past with the present […] Undercurrents, with its carefully sequenced thematic unity, more than adequately illustrates her considerable talent.’ Matthew Paul, Presence 56, October 2016

‘Undercurrents contains beautifully crafted work that arouses the senses and triggers a variety of emotions. Its various themes of history, geography, personal history and nature work in perfect harmony. The poems continue to resonate after repeated readings and the book is a worthwhile addition to our haibun                                      collections.’ –Patricia Prime in Haibun Today (for full review see here)

‘Undercurrents was with me all summer and I read it front to back several times. I imagine I’ll read it again, as I think Bell has something to teach us about the relationship between the prose and the haiku in haibun. …. And when it comes to that occasionally elusive so-called link-and-shift, there’s rarely a wrong note. This is a collection that bears rereading and study.’ —Bob Lucky, Contemporary Haibun Online 12.3, October 2016

‘Undercurrents is an interesting and rewarding little book, not least for the way it indicates something of a shift in the dynamic of Irish verse as our poetry of place moves away from the pieties of the last century and towards a more exploratory, indeterminate mode.’ Billy Mills, Elliptical Movements (for full review see here)

‘Bell is an endlessly inventive poet, and her prose is as distinguished as her haiku poetry. The prose combines lucid information and passages of memoir; the mesh is fascinating and often touching … [her]art of haibun is exemplary and her book game changing.’ –Tom d’Evelyn, The Poem Between Blog (for full review see here)

‘A book that courses gently as the rivers it describes, startling us at times with various historical snippets from the pages and footnotes of history: Domenico Garibaldi, an Italian organ grinder – murdered, poor fellow! This is a compelling and unusual narrative, arresting us with its tenderness. You will find haiku in this book that could grace any anthology, national or international. Teeming with life and shot through with death, Undercurrents is a very welcome addition to haikai literature.’   —Gabriel Rosenstock

‘Undercurrents celebrates a plethora of connections between nature and humans and as such can be described as deeply ecological literature. Every page of these exquisite haiku and haibun enchants.’ —Maeve O’Sullivan, haiku poet and founding member of Haiku Ireland

‘Prose and poetry play off each other delightfully here. The aptness with which they are combined is deeply satisfying to both fact and felt imagination.’  —James Norton, haiku poet and founder editor of Haiku Spirit

The Lion Tamer Dreams of Office Work: An Anthology of Poetry by the Hibernian Writers, edited and with a Foreword by Amanda Bell. Alba Publishing, October 2015

‘Amanda Bell has done wonders in this anthology, picking up all the themes and voices of the Hibernian well-lit room of imagination.’